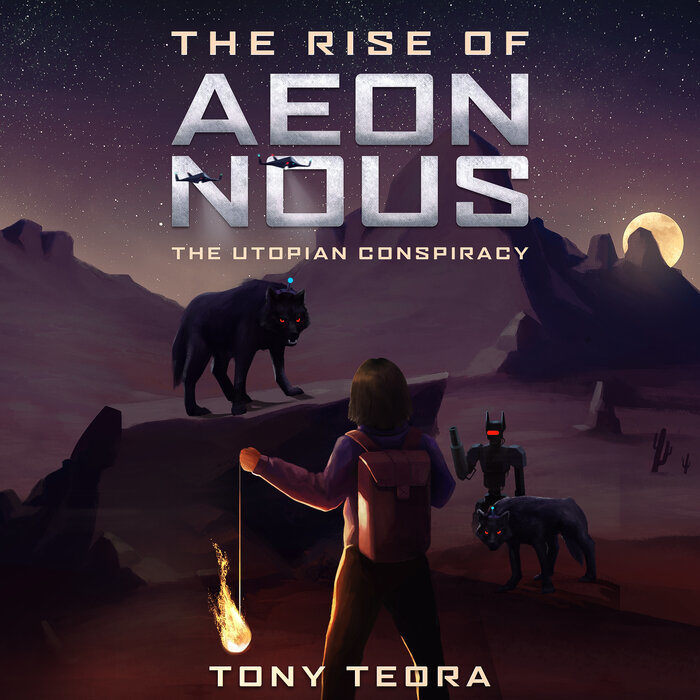 I’m an Indie author because the stories I tell aren’t watered down like some cheap drink. I prefer my words to sting, provoke thought and provide an adventure. Think of getting on a roller coaster in the pitch dark that keeps climbing up, and up and then–swoosh! The fun happens. If you want some socially acceptable, corporate vetted, meaningless non-sense, well, that’s not me.

One of my books got kicked out of a whole state’s public library system, and to be honest, to this day have no idea what hit a sore spot.

My new SF dystopian series ‘The Utopian Conspiracy’ kicks is entitled: ‘The Rise of Aeon Nous’.’

Here’s a blurb on The Rise of Aeon Nous:

In 2096 the world lives a clean, safe and happy Utopian life–or so everyone thinks. Humanity survived because of  ‘Aeon Nous’, a special man, who years back in 2047 along with his followers, saved the world from a mixture of natural and unnatural disasters called the Incendium. Shu Franklin is about to turn thirteen at which age he becomes illuminated to adulthood truths that every young Utopian citizen must someday face. But during his studies Shu and his friends discover chilling secrets of Aeon Nous and the Old Earth that remain some of those secrets provide a glimpse into the extinction event Aeon Nous stopped in 2047 and events much worse to come. The new world Utopians cherish and honor truth above all, yet because they face extinction they pass along one dangerous lie in the hopes of saving mankind. This lie incites a war of death and destruction with the fate of the world hanging in the balance of twelve year old boy.